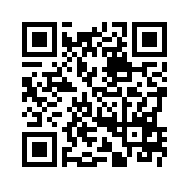 Roughly, 57 years old. For such a highly desireable gun of this vintage, this shotgun is in excellent condition.

Just my opinion, but the early 1960s were among the very best decade of "western" long gun manufacture, either Remington or Winchester.

" Initially, the walnut stock and forend of the Model 1100 had pressed checkering, and a Dupont finish called RKW. It was a tough polyurethane product that was very hard to scratch and made the grain of the wood stand out. It was tougher than the finish on a bowling pin! The receiver was made from a solid block of steel for strength and durability, and it was polished inside and out for smooth operation. The receiver had a high gloss exterior finish with a scroll design on both sides.

The gas system is self-cleaning, self-adjusting and designed to use the correct amount of gas to operate the action, resulting in up to 55% less recoil. This was a significant amount, particularly when shooting many shells over a short period of time, such as when shooting trap. The Model 1100 is very simple to take apart for cleaning. Just remove the forend, and pull the barrel forward. The gas system that is located on the outside of the magazine tube is then exposed for cleaning. "

Factory engraved, both sides. Gas-operated semi-automatic shotgun.
Vented Rib & bead, Rubber Butt pad (helps tame that magnum kick).
Over all the bluing is in near original condition with one small exception.

Excellent game bird shotgun for those that want to reach out really far and still bring down that bird.

More info added later & better pic as I have time.

I bought this gun well more than dozen years ago and I've never shot it, as my ranch land is too far away for me to get there during Turkey season.